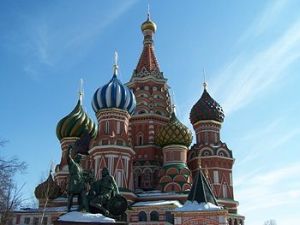 Last week I was a panelist at the EBAN Congress panel titled, “How to Find and Grow a Yandex”.  Since the event wass in Moscow, I figured there would be someone on the panel who actually had a finger in finding and growing Yandex, but alas, we were all mere spectators. However, each of us on the panel have been fortunate enough to be involved in the building of great companies.

Thinking about what it takes, especially in emerging markets, to create exceptional companies, I was not surprised that I arrived at my usual conclusion: that it starts and ends with the Team.  This is even more important in the case of the most ambitious of the startups I witness, as there a few additional complexities.

First, for the homeruns, you need excellence on all fronts.  It’s not enough that a team has a brilliant technical founder, or that the CMO is a marketing genius.  You need full performance from the entire team, a balance of operational excellence AND the drive to conquer the world.  It’s rare that you get all of this in the initial founder mix, so a key to growing a homerun is supporting the company in its talent needs.  I always think that a VC is, before all, a human-resources professional, both in trying to spot talent, supporting them constructively and helping to fill the gaps in the team.

Let’s assume that you have a fantastic team, and that the gaps are being filled effectively.  Now comes the challenge that I think is particularly critical in our geographies: aligning the interest of the founders with the investors.  Billion dollar exits are rare by definition.  You have a smart team, so they can do the math that when the business starts to show traction, let’s say hitting metrics that would value the company in the $10-20m range.  Typically, the founder team at that juncture will recognize that a significant portion of the wealth is now in their company’s stock.  Assuming they are not independently wealthy, or they have had previous exits, the natural reflex at this point would be to switch to a defensive, preservationist stance.  And this would typically coincide with the point where the early traction would allow them to accelerate their growth via new growth capital.

One solution at this point is to align the founder team’s interests with those of the investors by allowing some shares to be sold by the founders as a part of the round.  Some investors are allergic to this, thinking it may kill the hunger and drive complacency, but I have seen many examples where the model worked effectively.  I think it is an important step in the creation of a great company.

As hinted in the point above, one needs to make sure that they are not funding a “back-door exit” for founders who have decided that they are OK with a discount having lost their faith in their business, but that problem, I think, can be averted by spending a lot of time with the team.  In any case, I think full alignment is usually worth the risk.